Each November Sigma Kappa holds a "Week of Giving" during the week which contains our Founders' Day, and the purpose of this event is to give back to our community for seven consecutive days. This year during the "Week of Giving" each day had a different theme.

The themes were educational, gerontology, and donation. We had an interactive and informative booth in the student union about our philanthropies, delivered cookies to other chapters on campus to show our appreciation, donated flowers to faculty, visited the local nursing home and delivered scarves we had knitted as a sisterhood event to the residents. The final day consisted of reflecting on the week and collecting items from the house to be donated to the local Salvation Army.

Epsilon Eta also makes a yearly trip in the spring to the Ronald McDonald House Charities of Northwest Ohio. We donate pop tabs, and items from their wish list. This March we donated 79 pounds of pop tabs. The proceeds from the tabs goes towards the electric bill. Below is a photo from our trip to Toledo! 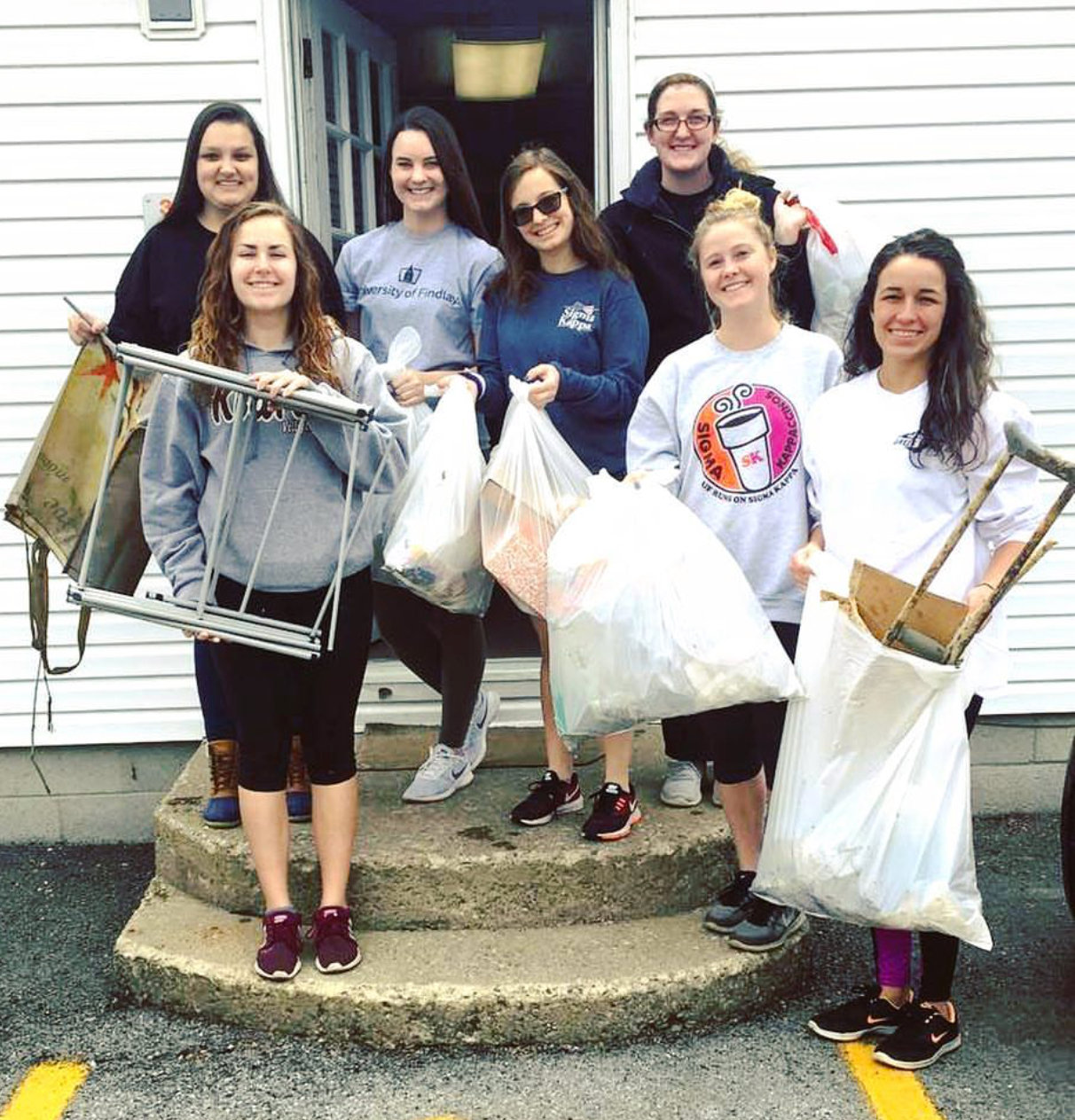